﻿Camp 28 is a tribute to the area’s rustic logging roots and the people who took up the tools of the trade to tame the wild woods. Historical photos, maps, and antique tools set the tone for rustic northwoods retreat. True to these traditional roots, the bar (which sets the scene of a hunter’s lodge) offers hand-muddled Old Fashioneds and a nice selection of domestic and craft beers on and off tap, and the restaurant serves American classics like broasted chicken, burgers, steaks, pizzas, specials and more, including Friday Fish Fry, Prime Rib (the last Saturday of every month) and weekend (Saturday-Sunday 7am-11am) breakfast options.

The History of Camp 28
In 1951, the building that is now the Camp 28 restaurant was actually built to house buses, served as the community recycling center, and then as a storage facility for the Rib Lake School District. The restaurant was completed in April 1993 with the bar and bunkhouse which consisted of three rooms at the time were soon to follow in November 1995. The last addition was completed in 1997 which consisted of eight more hotel rooms with balcony views of Rib Lake itself. Camp 28 was named by the original investors as a tribute to the area’s rustic logging roots and the people who took up the tools of the trade to tame the wild woods. The original Camp 28 (operated from 1946-1948), located in the Town of Corning, Lincoln Co. was the last official camp of the Rib Lake Lumber Company-RLLC (which at the time was the largest lumber company in Wisconsin). The last tree was cut at Camp 28 on Feb. 25th, 1948 and the last load of logs arrived by train in Rib Lake on May 23rd, 1948 ending the logging era for the community which was founded after the erection of the first mill by J.J. Kennedy in 1881. At Camp 28 historical photos, maps, and antique tools set the tone for this rustic north-woods retreat. In 2001, Camp 28 continued to serve its community under new ownership when Dave Marcis purchased the community’s prized landmark. Marcis kept the doors open until March 2018. After being on the market for more than two years Dan and Johnathan Resch decided to re-open this historically inspired property in April 2021 and opened the doors in May 2021. Keeping the name, the Resch’s provided the restaurant and bar with some modernized updates; they also plan to renovate the motel rooms and banquet hall in the near future – keeping with the theme and historical value of the building. 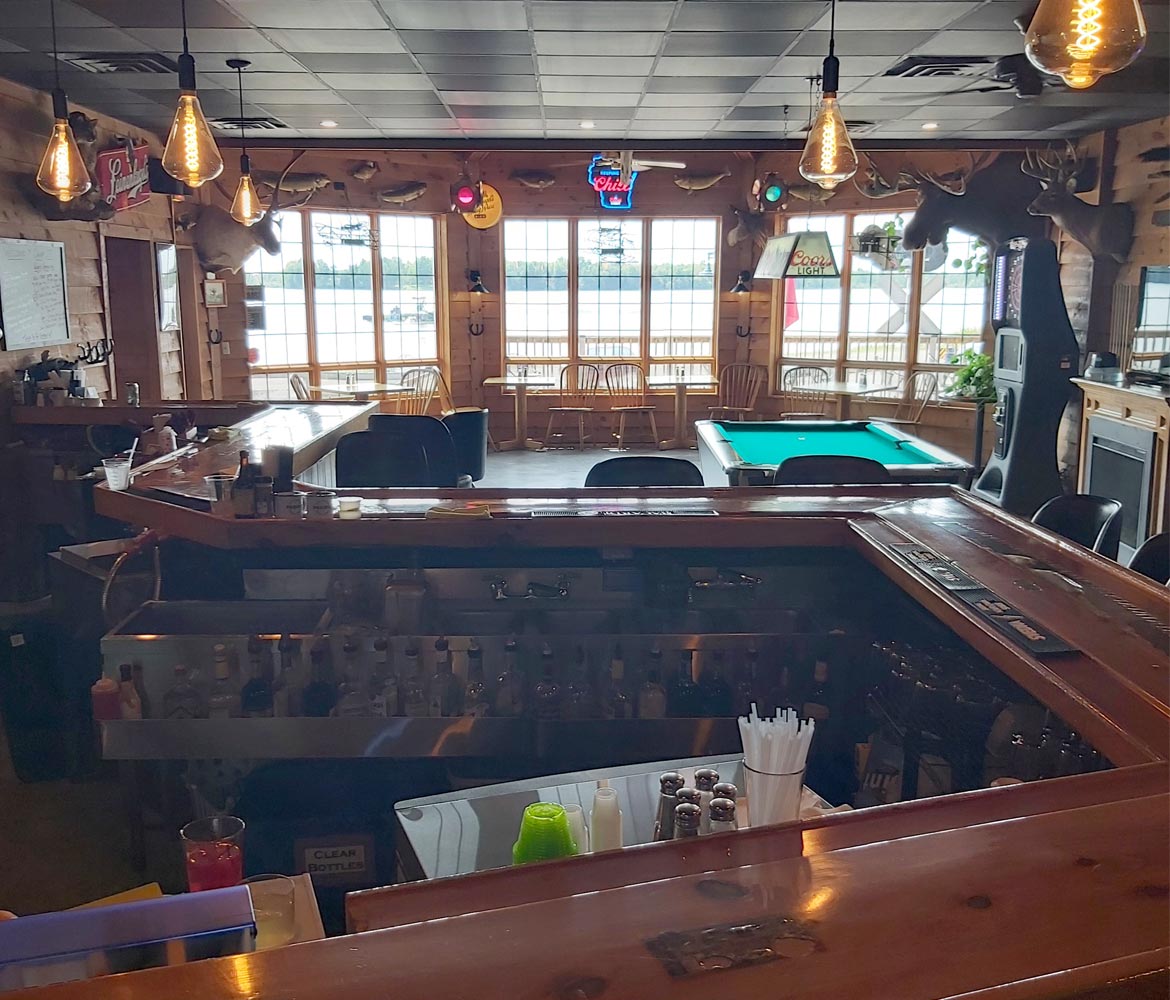